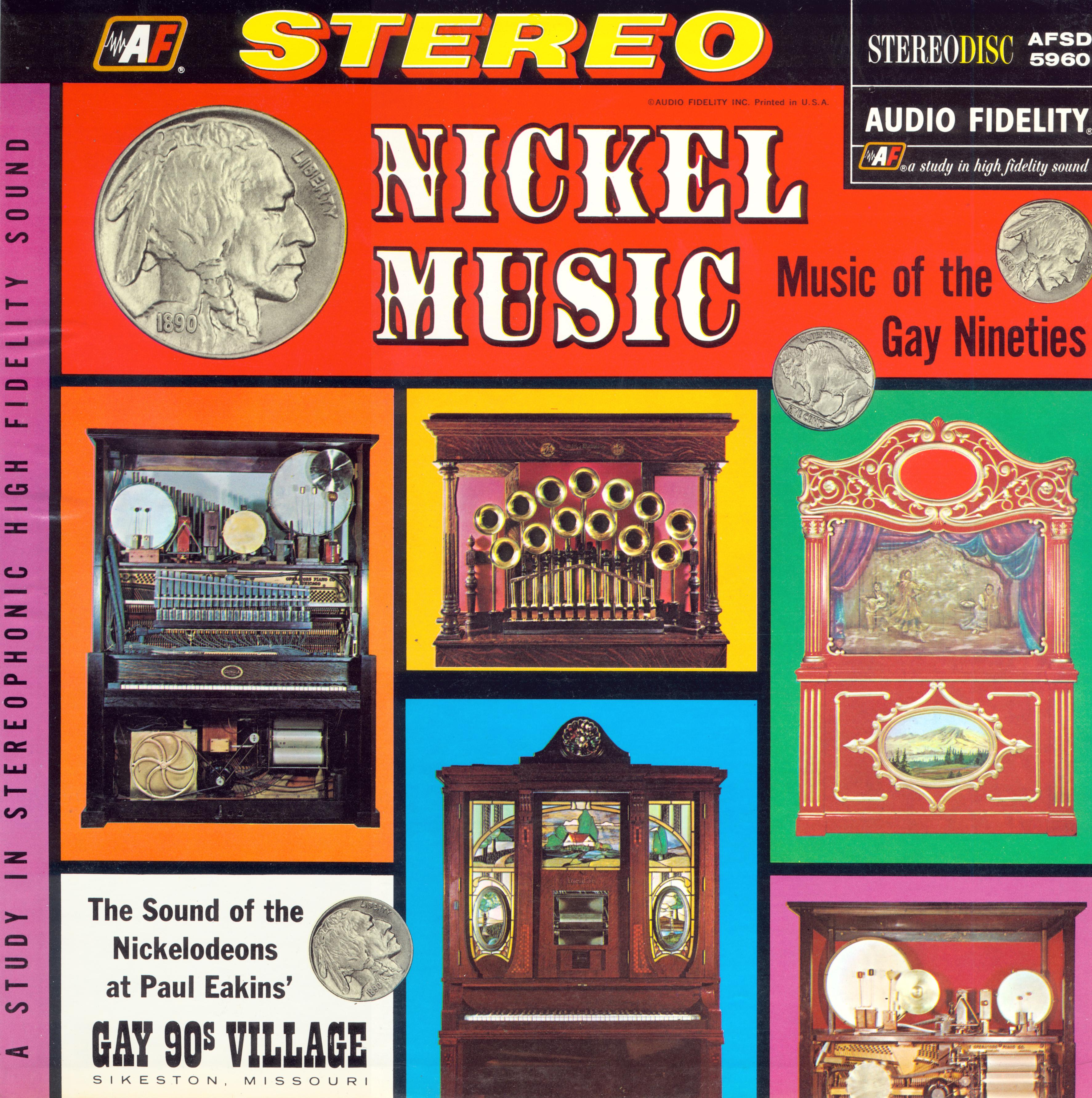 NICKEL MUSIC-MUSIC OF THE GAY 90's

Previously released in 1962, this is the first recording of nickelodeon music from the Gay 90's Village. A few of the

instruments sound out of tune on some tracks, but it was purposely made that way by the engineers from Audio Fidelity. This was done to make the

songs have more of a "honky tonk" sound to them. Paul Eakin's was not happy with the result of having people think his instruments were out of tune.

This was the first problem with Audio Fidelity, which eventually led to Paul Eakins creating his own label several years later.  The original master tape was

given away to a local university, so we had to use a unused LP and have it digitalized and cleaned up for our source. It sounds much better than the LP version.

8.  BATTLE HYMN OF THE REPUBLIC

11. CARRY ME BACK TO OLD VIRGINNY

"Carry Me Back To Old Virginny"

Back to Compact Discs page